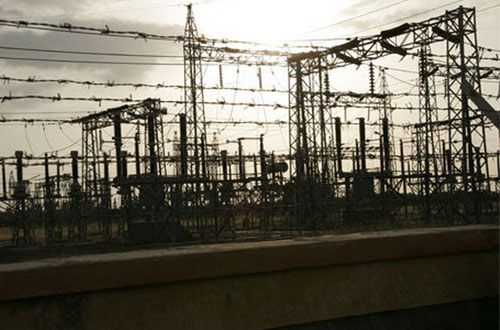 The National Green Tribunal (NGT) has quashed the environmental clearance given to a 3,600-megawatt (MW) thermal power plant in Tamil Nadu”s Cuddalore district. The judgement was delivered on November 10.

The project was proposed by IL&FS Tamil Nadu Power Company Limited, a private infrastructure development and finance firm and the company had obtained environmental clearance for the super-critical thermal power project in May, 2010. However, the decision of the Union ministry was challenged by T Muruganandam, a resident of Killai village in Cuddalore district and a prominent member (ex-president) of Meenavar Grama Panchayat whose members are mostly fishers. Along with him, two other concerned residents of the area had also challenged the clearance.

One major bone of contention was the hurried and flawed cumulative impact assessment study for the project that is in close proximity to SIPCOT Chemical Complex of Cuddalore. Concerns were raised about the project”s impact on the marine environment, the Pichavaram mangroves-an important habitat in the area, environmental pollution from the thermal power plant, impact of hot water discharges from power plant on marine life and fish catch.

Instead of carrying out a cumulative EIA (to understand the impacts of a project in an in-depth and comprehensive manner), a “rapid” cumulative impact assessment was done by the company. The assessment, as the applicants indicated, was “hurriedly carried out within two weeks without adhering to the universally accepted scientific parameters”.

Based on the rapid cumulative impact assessment, the project was taken up by the Expert Appraisal Committee (EAC) of the MoEF&CC and eventually cleared by the Union ministry, giving a “corrigendum” to the EC on August 14, 2012 and stipulating additional conditions.

Though the latest order of the NGT has now asked for a comprehensive evaluation of the impacts of the project, it is important to understand the basic contradiction in the idea of a “rapid cumulative impact assessment”, which gave rise to the contention in the current matter. “A cumulative impact assessment is a much more elaborate exercise and fixing a time limit to it makes it ineffective,” says Chandra Bhushan, Deputy Director General at Delhi-based Centre for Science and Environment.

Considering the term “rapid” and “cumulative” alongside is therefore nearly an oxymoron. The NGT has referred to the MoEF&CC”s guideline that differentiates between a “comprehensive EIA” and a “rapid EIA” saying that “while both types of EIA require inclusion/coverage of all significant environmental impacts and their mitigation, rapid EIA achieves this through the collection of one season (other than monsoon) data only to reduce the time required. This is acceptable if it does not compromise on the quality of decision-making”. (http://envfor.nic.in/divisions/iass/eia/Chapter1.htm). However the excerpted guideline has only mentioned rapid EIA and not a rapid cumulative EIA. The same section of the guideline, if to be considered actually, notes that, “the submission of a professionally prepared comprehensive EIA in the first instance would generally be the more efficient approach”. It is thus important for the administrative authorities to consider proposals based on its cumulative impact, while the tribunal also needs to take this as a central consideration while delivering justice to the community.