The residents barged into the REE’s office after a lake bund breached, causing flood in their villages.

According to the villagers, the REE workers had made a hole in the lake bund on Friday night to let out water from the brimming lake, as it was just 15 to 20 metre away from their landfill site. “They wanted to avoid the lake from becoming full, as the High Court has given specific directions that hazardous waste cannot be dumped near waterbodies. The beneficiaries from the projects are only IWMA and we suspect that they only caused the breach in the lake bund,” a villager said.

Y. Suresh, President of S. R. Kandigai Panchayat, in Gummidipoondi said, “The lake water is already polluted. When the lake bund breached, the water entered into our villages, creating inconvenience to the residents. We have lodged a complaint regarding this at the Gummidipoondi police station.”

Ever since the project for disposal of hazardous waste was announced, the local residents had been protesting against it. They had raised their objection at public hearings and expressed concern over contamination of drinking water sources near the landfill area. 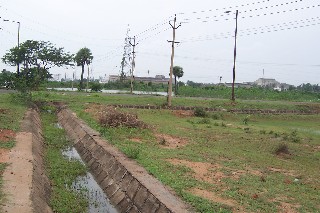 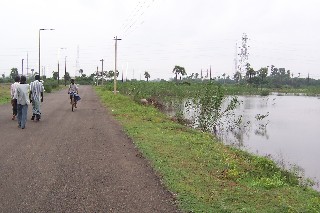 The residents of Gummidipoondi in Thiruvallur district are up in arms against the construction of a hazardous waste storage and disposal plant in the area.

Speaking to this newspaper Mr. V. Suresh, president of the local panchayat, said “The private organisation, which has taken up the construction work of the plant from the state government has so far not received any approval from the local body for the construction of such a plant in the locality. Currently, the panchayat and the public have stopped the work,” he said.

“The residents have been expressing their protest for the past few months,” said Mr. Nityanand Jayaram, member, Corporate Accountability Desk.

He alleged that the construction of the plant was against the location guidelines for toxic waste facilities. According to the guidelines and the Supreme Court orders, no disposal plant should be constructed close to a residential area. Similar plants should be at least 500 meters away from residential areas, lakes and agricultural land and could be constructed only in areas that lack in quality groundwater.

The regulations have not been followed and the private concern, in association with the state government is trying to erect a plant against existing norms, alleged Ms. Jothi, a local resident.

The private concern has to get a no objection certificate from the Tamil Nadu Pollution Control Board, the local body and the block development office for the construction.

But the officials of the firm failed to produce any such orders from any of the government departments, claimed the panchayat president.

“The panchayat has also lodged a complaint with the Gummidipoondi police station on Saturday to fix the miscreants, who broke the lake bund,” Mr. Suresh said. 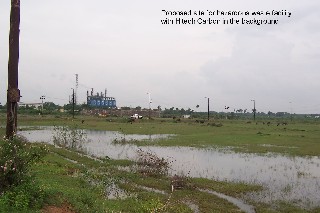 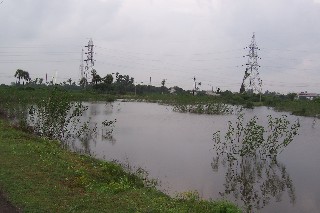