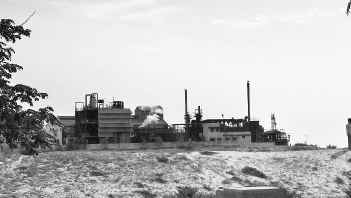 PUBLIC WORRY: Unchecked pollution in the SIPCOT Industrial Estate area in Cuddalore is causing concern to the residents.

CUDDALORE: The National Environmental Engineering Research Institute (NEERI), which has been assigned the task of studying the pollution problem in the SIPCOT Industrial Estate area here, has inordinately delayed submitting the final report.

The State Government had sanctioned Rs. 20.15 lakh for the study that commenced in May 2005, particularly on volatile organic compounds, with the specific mandate that it must be completed by July 2006.

The institute has so far submitted only the interim report, according to M. Nizamudeen, general secretary of the Cuddalore District Consumer Organisation.

Mr. Nizamudeen told The Hindu that it showed the unwillingness of the authorities to address the crucial issue of pollution causing health hazards to the people living in the vicinity.

The SIPCOT Area Community Environmental Monitoring (SACEM), formed by residents to carry on the fight against pollution, is as concerned now as it was in 2004 when it exposed the hazards of untreated effluents.

But the authorities had not done anything tangible to control pollution. The samples collected last month at two points near the SIPCOT canteen and at the entrance of Eachangadu, revealed that the ambient air contained 12 chemicals of which eight exceeded the limits prescribed by the Environmental Protection Agency of the U.S.

Three chemicals, namely chloroform, methylene chloride and trichlorethene, known to cause cancer, were much above the safety levels. Other chemicals had the potential to affect the nervous system and kidneys, and, cause heart and eye ailments.

Mr. Nizamudeen noted that the Supreme Court Monitoring Committee on hazardous wastes had directed the Tamil Nadu Pollution Control Board to bring down the pollution-level before December 2005. But it was not complied with.

TNPCB sources said NEERI had submitted the draft report and the final report would be ready soon.