Skip to content
Posted in Media Stories By sacemPosted on January 6, 2008November 20, 2020

4 January, 2008.CHENNAI — At least
26 toxic volatile organic chemicals and sulphur gases including carcinogenic benzene and bromomethane were found in an air sample taken in Manali several hours after the gas leak of December 4-5, 2007. Of the 26 chemicals, the 11 chemicals that were reliably identified
include Hydrogen Sulphide, Carbon Disulphide, Bromomethane, Methyl Ethyl Ketone, Benzene, Toluene, n-Hexane, Ethylbenzene, m,p-Xylenes, o-Xylene, and n-Nonane. Benzene, hydrogen sulphide, carbon disulphide and bromomethane were above safe limits. Barring bromomethane, all other chemicals are known to be part of refinery emissions. Benzene and hydrogen sulphide was 36 times and 33 times higher than safe levels prescribed by the United States Environmental Protection Agency respectively. The sample was analysed for 89 chemicals in Columbia Analytical Services, California. 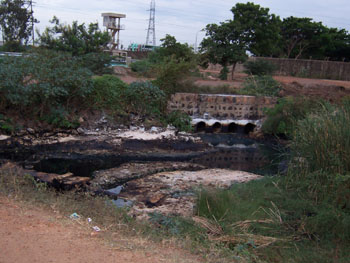 Benzene is
causes childhood leukemia (blood cancer). Hydrogen sulphide, a gas with a rotten egg smell, is a powerful neurotoxin that affects the brain, and reduces the IQ of growing children. Both chemicals target children particularly.

“Given that the sample was taken after and not during the gas leak, levels of toxic gases during the gas leak are likely to have been many times higher than what was found,” said Dr. Rakhal Gaitonde, a public health specialist. “Contrary to claims by the TNPCB that the leaked gases were harmless, the air sample results indicate that even under normal circumstances, the air in Manali is a threat to public health.” 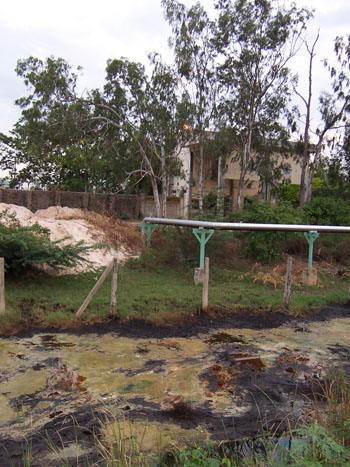 Subsequent
to the release, the TNPCB admitted that venting of hydrocarbons is routine and that the incident of early December was caused by adverse weather conditions. Releasing toxic gases to the environment is not in line with best industry practices worldwide. Ironically, CPCL has received environmental and safety awards every year from 2000 onwards, including from the Central Pollution Control Board, TERI, LoyolaCollege, CII and Greentech Foundation.

Manali, and the areas of North Chennai, are home to most of the city’s poor and working classes. Long-standing complaints of pollution in the area have not been taken seriously. Regulatory authorities have exposed a total lack of capacity to curb pollution or deal with hazardous situations. Evacuation during a major emergency is impossible in North Chennai owing to the congested streets and the high density of hazardous industries.

The December incident highlighted the inability of the district administration, police, TNPCB and the health services departments to understand and deal with the public health crisis caused by the gas leak.

Under these circumstances, a recent move by the Secretary, Department of Environment, to convene an interdepartmental Crisis Cell for Chemical Accidents is a welcome and much-needed initiative.

The sample was taken by Chennai-based Community Environmental Monitoring. Analytical costs were paid by Global Community Monitor in California.

Analyses of results from the sample taken downwind of CPCL in Manali, North Madras

Location: Across the road from CPCL compound wall at MGR Nagar, West of CPCL

Description of sampling conditions and location: Gusty wind. Faint to strong smell of bitumen/tar. Local
residents reported that the smell, at the time of sampling, was at normal
background levels, and that it had been more than four hours since the smell
was intense.

– Bromomethane, a carcinogen, 1.4 times above limits