Mettur, 18th September 2012 – The Tamilnadu Water Supply and Drainage Board has pasted cautionary notices on a sintex tank and a hand pump supplying drinking water drawn from borewells in Thippampatti and Veerakkalpudur. The bright red official notices prominently carry a warning in Tamil stating: “This water in unfit for drinking.” These notices have surfaced in the week following a site visit by a delegation appointed by the District Administration to inspect charges of pollution from industries in Mettur, including Chemplast Sanmar Ltd., MALCO and factories in the SIDCO industrial estate. Farmers and other residents have been affected by unsafe drinking water and lands rendered unarable. Several complaints lodged with the TNPCB and the District Administrative Office have claimed that the water is unfit even for irrigation. 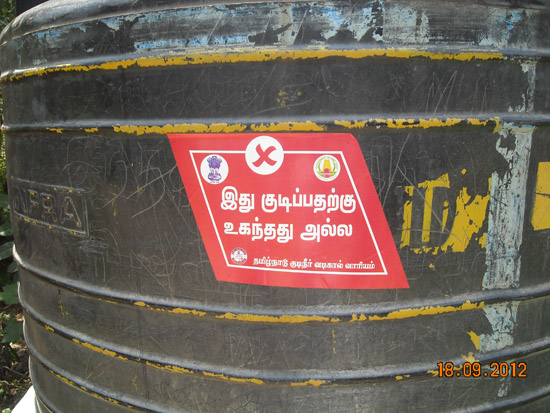 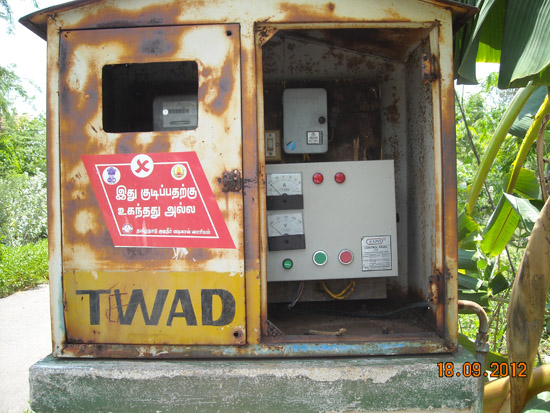 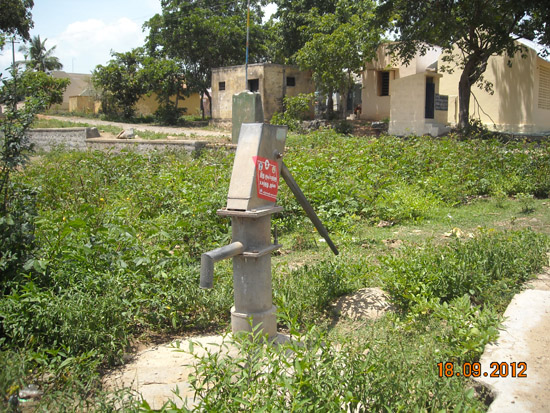