Cuddalore, 25 March 2009: The fishermen fishing early in the morning in the river Uppanar reported red effluent near Kudikadu village today. According to the local fishermen they entered the water at about 3 am and suffered from severe itching on the skin after coming to contact with the water. This prompted them to come back at a later hour to check the reasons for such skin reactions. When the fishermen came to the same site at about 6 AM they saw a red sludge like layer floating on the water (see picture). No smell was reported from the effluent. 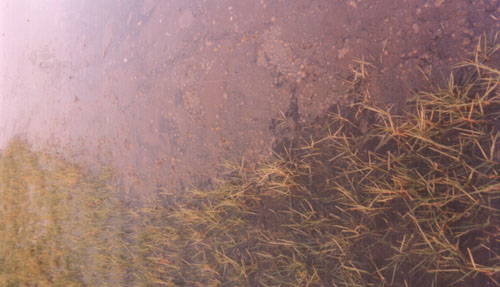 A complaint has been filed with the Tamil Nadu Pollution Control Board and the Board is yet to respond or investigate into the incident.