Cuddalore, 26 June 2010: SACEM monitors reported a hazardous waste spill on the ECR road opposite Co-optex showroom today. According to the sources, patches of yellow powder like substances with rotten fruit odour were found spilled on the ECR road between Cuddalore Old and New Town while being transported on a truck. It is suspected that the spill took place on the night of 24th June and was noticed in the morning the next day. No one is reported injured due to the spill. Residents suspect this waste to be from one of the units in SIPCOT. A complaint was immediately filed with the TNPCB and District Administration but no action seem to have been taken so far. No clean up or assessment of the toxicity of waste seem to have been conducted. 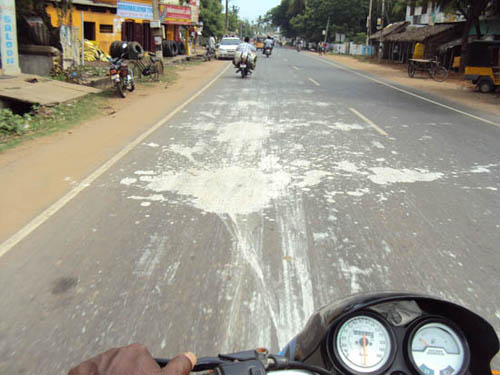 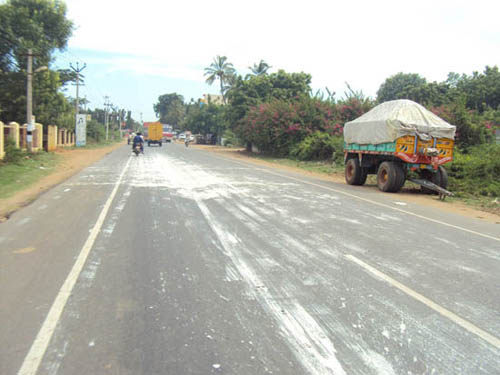 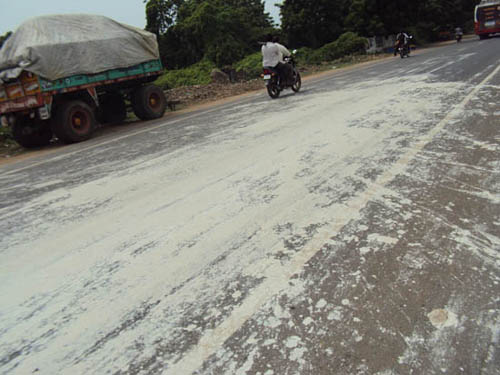 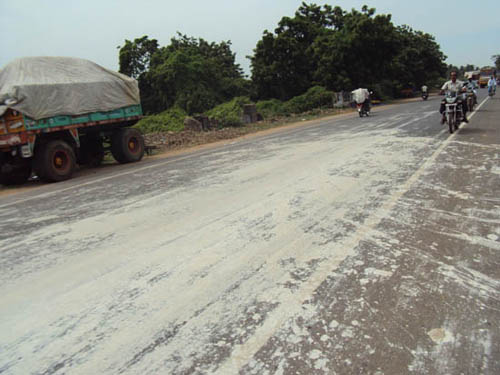