Cuddalore, the place by the sea, is soon set to be assaulted. Some of the dirtiest industries chemical factories, petrochemical refineries, shipbuilding yard, textile dyeing units, and coal-fired power plants are making a beeline for Cuddalore. The Tamilnadu Government has earmarked Cuddalore district for locating polluting industries. Their argument: Cuddalore is already polluted. So let’s concentrate all polluting industries in this district, thereby saving the rest of Tamilnadu from pollution.

Fact aside, that only one part of Cuddalore the SIPCOT Industrial Estate in Pachaiyankuppam, Kudikadu and Semmankuppam panchayats is polluted. The rest of Cuddalore is home to white-sand beaches, dense mangroves, lazy rivers, cashew groves and casuarinas. 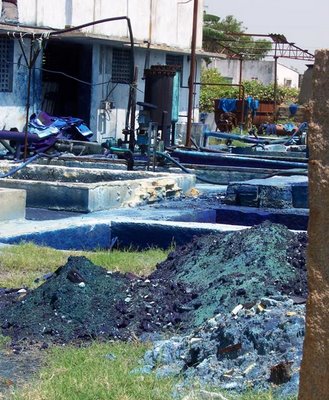 The kind of industrialization that is planned for Cuddalore will mean the death of Cuddalore as we know it. Pollution-intensive industrialization has its beneficiaries in far-away places. The local people and the local economy will take a punishing beating.

On the one hand, people dependent on water and land for a livelihood fishers and farmers will lose their source of income. On the other, the ill-health caused by a poisoned environment will mean fewer work days, and higher medical expense

How do I know? Because we have experience of this kind of chemical-intensive industrialization in Cuddalore, and we know that it has made local people poorer.

All you have to do is check out the 8 km stretch south of Pachaiyankuppam on the Cuddalore-Chidambaram Highway. The SIPCOT industrial estate located here has been judged by many as ranking among the smelliest places in India. About 19 chemical industries, manufacturing pesticides, pharmaceuticals, dye chemicals, explosives, gelatin and sundry chemicals, spew out noxious air emissions and liquid effluents. 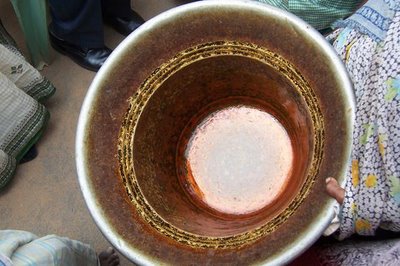 Contaminated groundwater does not spare even the utensils it is stored in.

Just as Eskimos have a thousand words to describe the snow, SIPCOT residents have numerous descriptions for the various smells that assault their senses day-long. SPIC smells of shit; Tagros smells like a hospital; Shasun smells like rotten cabbage, rotten eggs; Pioneer Miyagi smells like a decomposing corpse; Asian Paints smells like sapota fruit. Then there are other smells nail polish, rotten egg, fruity odours. In all, the SIPCOT Area Community Environmental Monitors (SACEM) a team of five villagers trained in environmental monitoring have identified at least 36 odours emanating from the SIPCOT industries.

Surely, progress can’t be this smelly. These smells are not merely a nuisance; anybody that tells you that is lying. Odours are indicators of pollution, of chemicals in the air. Hydrogen sulphide, a deadly gas, has a characteristic rotten egg odour. The nail polish odour indicates the presence of acetone. Rotten cabbage is the smell of your cooking gas resulting from the chemical methyl mercaptan. The shit smell means the presence of a category of chemicals called Indoles.

Indeed, when samples of the ambient air in SIPCOT was sent to the United States for analysis by SACEM, at least 25 chemicals were discovered. Eight of them are known to cause cancer. These include chloroform, methylene chloride, trichloroethylene, 1,2-dichloroethane, carbon tetrachloride, vinyl chloride, bromomethane and benzene. 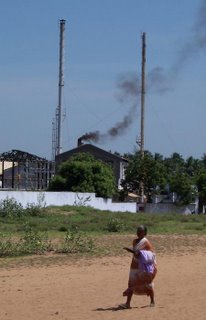 At least 13 of the chemicals found are used as raw material in one or more industries. In other words, toxic chemicals are constantly spilling out of the factories through chimneys and various other leaks and contaminating the air breathed by more than 20,000 people.

The effects are there for all to see. Children in the SIPCOT villages can be seen with rheumy eyes, running noses and rashes on the skin. The eye and nose disorders are indicative of upper respiratory tract problems a likely sign of air pollution. Anecdotal evidence gathered during the visit of Justice J. Kanakaraj and team as part of the Indian People’s Tribunal revealed shocking information. Women in SIPCOT were reporting menstrual irregularities, delayed onset of puberty among girls, compromised physical development among boys, widespread dental and skin problems.

These long-term effects pale in front of the acute effects people experience when the air pollution gets intense. “We can’t breathe; it feels like somebody is sitting on your chest. Whatever is in the air burns your eyes, tears through your nose and sets your lungs on fire. At least we can hold a cloth to our nose; imagine the fate of infants,” said one irate mother from Eachangadu, a village surrounded on three sides by smelly factories.

Several 100 acres of fertile farm land have been abandoned because ground water in the entire SIPCOT area is contaminated, and the lands are awash with effluents and toxic waste. The River Uppanar, once the lifeline for more than 8 villages of inland fisherfolk, is now a faint shadow of its original productive self. Ask any fisherman and he will rattle off the names of at least 30 kinds of fishes that used to be found in the River. Now, less than 8 commercial species are found.

In all this, the TNPCB and the State Government have played villains, colluding with the polluters and punishing residents when they complain about pollution. Many of the industries function outside the law. CUSECS — a company that was set up with Government participation to collect treated effluents and discharge it into the Bay of Bengal — is completely illegal. It has no permits whatsoever. Information about quality of effluents discharged from CUSECS was recently obtained by SACEM using Right to Information. That information revealed that CUSECS was not merely illegal, but was discharging highly toxic and untreated effluents into the sea. The long-term effect on fisheries and consumers of Cuddalore fish can be devastating. 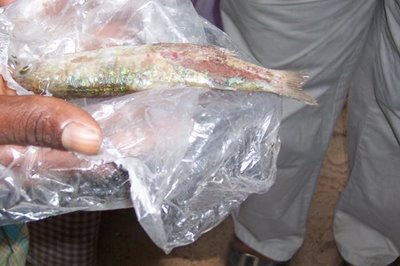 The verdict on Cuddalore is straightforward. The State Human Rights Commission, the Indian People’s Tribunal headed by Justice J. Kanakaraj, and various other agencies both Governmental and non-Governmental have said that Cuddalore is overpolluted, and the people are ill. They have recommended that no further polluting industries be allowed in Cuddalore. But nobody is listening.

Despite intense opposition, the Government is pushing ahead with a proposal by Chemplast Sanmar to set up a factory to manufacture PVC plastic. PVC is one of the most toxic plastics. Its production, usage and disposal are all associated with the release of highly toxic chemicals, including dioxins and furans which are the most toxic chemicals known to science.

The scenic sand dunes of Naduthittu are earmarked for a ultra-mega coal-fired thermal plant which will throw out tones of sulphur dioxide into the air, and release a flyash slurry that will convert the bountiful ocean floor into a concrete cemetery.

Effluents from Tirupur textile units, and from the Ambur-Vaniyambadi leather tanneries are also rumoured to be making their way to the Cuddalore seas via long-distance pipelines. All in all, Cuddalore is set to become the smelly, sweaty armpit of industrial civilization.

Some may call this progress or development. But for the people who live in Cuddalore, this is hell. The ones that can afford to have already left Cuddalore. The unfortunate ones and the elderly have no option but to stay in what has now become a gas chamber. 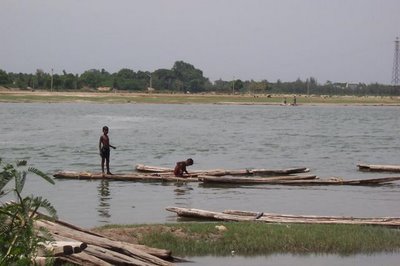 Young fishermen in the River Uppanar. Will the river still be alive when these boys grow up?

If you’re concerned and want to help: