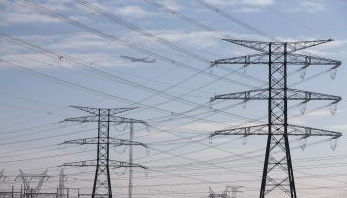 Also Read: NTPC moves SC for its approval on power project in U’khand

These companies have also asked for a comprehensive review of the standard bidding documents (SBDs) and the DBFOT (Design Build Finance Operate and Transfer) model by the government.

“Six out of the nine bidders for both Tamil Nadu and Odisha UMPPs have approached us to take up the matter with the Power Minister, stating that in its present form of DBFOT, it would be extremely difficult to further participate in the bidding process to submit price bid,” said APP Director General Ashok Khurana in the letter addressed to Goyal.

All the nine bidders have submitted the initial bids for the two UMPPs and are yet to submit the price bids. The remaining three firms — NHPC , NTPC and L&T — are not part of the association. “We would appreciate if you could come out with a framework that serves the development aspect more predictably and facilitates comprehensive review of the SBDs and the DBFOT model,” he said.

The standard bidding norms for the UMPPs were eased by the government last year in order to attract developers. Power Finance Corporation is the nodal agency for UMPPs in the country. UMPP is coal-based thermal power project that has 4,000 MW generation capacity. So far, 4 UMPPs have been awarded, of which Sasan (Madhya Pradesh), Krishnapatnam (Andhra Pradesh) and Tilaiya (Jharkhand) have been bagged by Reliance Power. Tata Power is operating the Mundra UMPP in Gujarat.

Pvt power developers want bidding for UMPPs to be halted