Cuddalore, 6 August 2015: Despite repeated complaints and several documented proof of contamination of storm water drains, TNPCB has failed to stop industries from discharging effluents in them. SACEM monitors documented yet another incident of storm water contamination today while they visited the TNPCB Office in the region. This contaminated drain was located right outside the TNPCB office in SIPCOT Cuddalore. The water in the drain was blackish with a light blue layer on top. There was a strong rotten cabbage odour emanating from the drain, the monitors ranked the odour intensity at 7 on a scale of 1 to 10, 1 being the mildest and 10 the strongest. The matter has been reported to the TNPCB officials in the hope for further action. 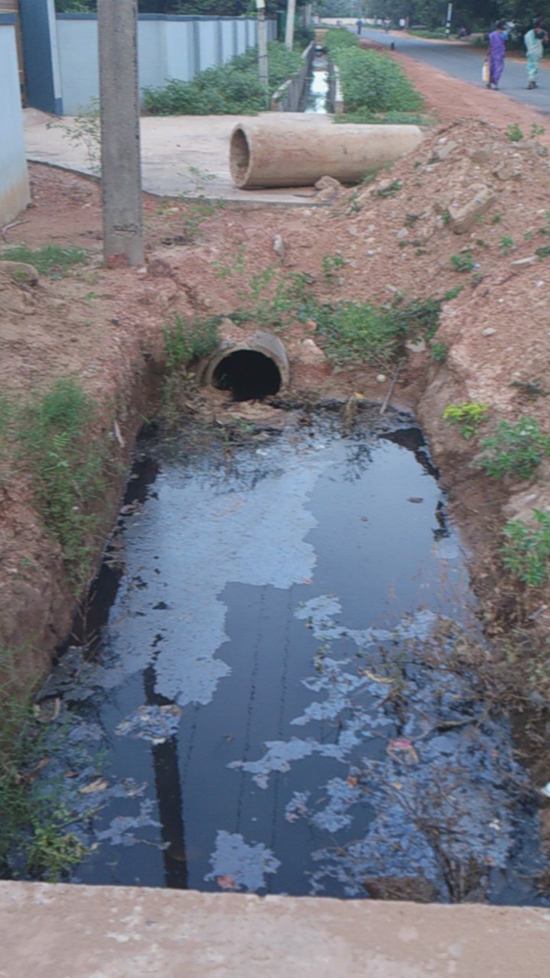 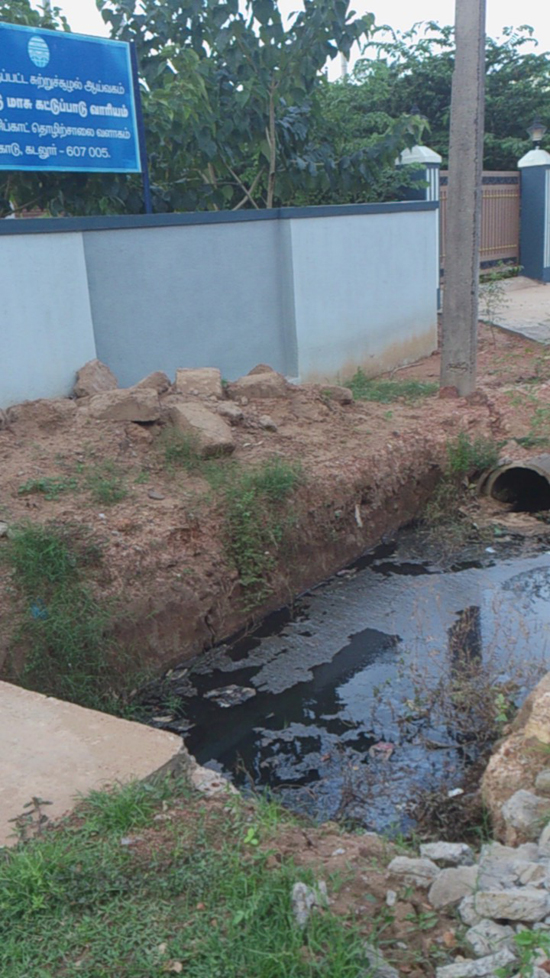 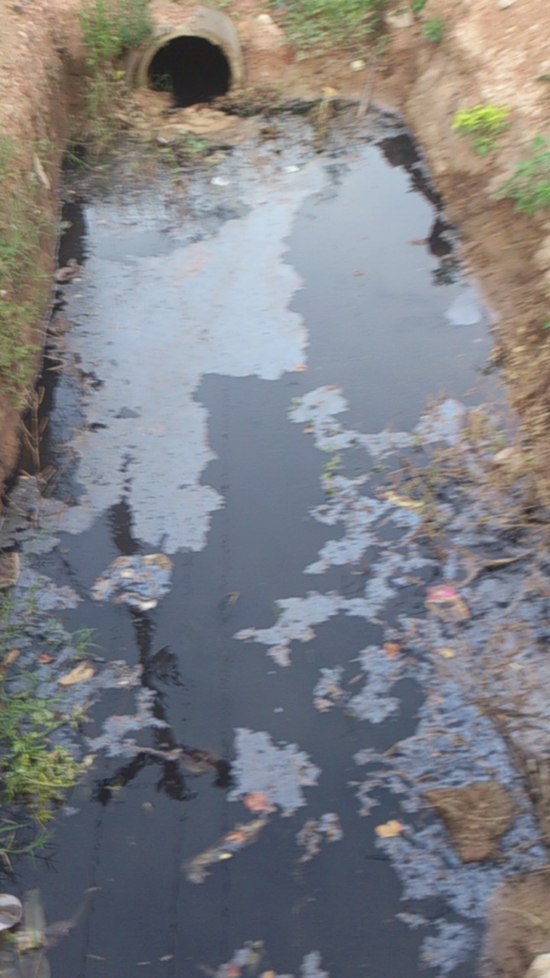 SIPCOT Units Continue to use Stormwater Drains to Discharge Effluents