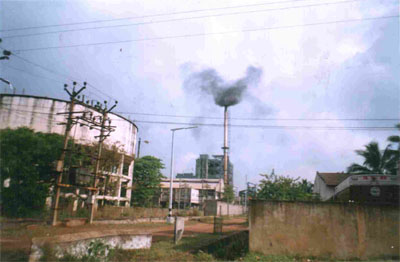 A complaint has been registered with the Chairman and District Engineer of the Pollution Control Board. A copy of the complaint has also been sent to the District Collector of Cuddalore.