“The lives of many people living in Indias pharmaceutical manufacturing hubs, such as Hyderabad, have been blighted by rampant pollution,” the letter states. 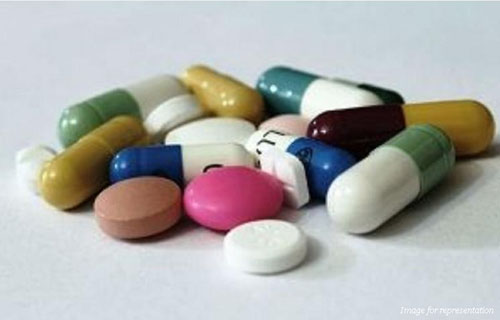 Indian public health professionals, consumer rights groups and villagers affected by pharmaceutical industry pollution have called upon the European Commission (EC) to urgently tackle the ‘grave environmental and human health crisis’ unfolding due to the production of drugs in the country.

In a letter to the President and Vice-President of the European Commission and the European Union Commissioners for the Environment, Industry, Health and Trade, the petitioners have called upon the EC to revise Good Manufacturing Practices (GMP) by including compulsory environmental standards in factory inspections.

The signatories to the letter include Village Council (Panchayat) Presidents of some of the worst pharma pollution impacted villages around Hyderabad, including Edulabad, Makthala Anantharam, Chinnaraviralla and Palligudem.

The letter states, “The devastating environmental and human health impacts from the manufacturing of pharmaceuticals are well-documented. India’s Environment Ministry classifies pharmaceutical manufacturing as a “red category” activity owing to the hazardous waste it produces. However, Active Pharmaceutical Ingredient (API) discharges from factories are currently not regulated, and enforcement of existing pollution norms is extremely inadequate, as demonstrated by several studies and media stories. As a result of this, the lives of many people living in Indias pharmaceutical manufacturing hubs, such as Hyderabad, the capital of the southern Indian state of Telangana, Baddi Barotiwala Nalagarh Industrial town in the foothills of Himachal Pradesh, SIPCOT Cuddalore in Tamil Nadu, have been blighted by rampant pollution.”

“Successive studies have shown that air, water and soil at around the pharma manufacturing facilities in Telangana and Andhra Pradesh are significantly contaminated by toxic chemicals and Active Pharmaceutical Ingredients (APIs), notably from the production of antimicrobial drugs such as antibiotics,” Anil Dayakar of Gamana, a Hyderabad-based NGO and a signatory to the letter said.

“However, API discharges from factories are currently not regulated, and enforcement of existing pollution norms is extremely lacking and inadequate,” Anil added.

The letter also highlights Indias huge antimicrobial resistance (AMR) problem and states that every year, 58,000 babies die in India as a result of contracting a multi-drug resistant infection.

It also quotes a study in March 2017 by scientists from the University of Leipzig, which showed that insufficient wastewater management by drug manufacturing facilities in India is leading to unprecedented contamination of water resources with antimicrobial pharmaceuticals.

“The researchers found concentrations of antibiotics and antifungal substances that were several hundred times, or even several thousand times, higher than the levels predicted to select for resistance. In addition, 95% of all samples tested positively for multi drug-resistant bacteria, “a press release said.

“In light of the looming and severe public health crisis posed by AMR fuelled by, inter alia, pollution caused by pharmaceuticals throughout their life-cycle, we underline that only a multi-sectoral, multi-stakeholder approach can generate the required results for the continued health of people, animals and ecosystems, in Europe and globally,” Dr Sree Karuna Murthy Kolli, President, Indian Public Health Association (IPHA) Andhra Pradesh State, another signatory of the letter.

“India is one of the worlds largest manufacturers of pharmaceuticals and the EU one of its key export markets. Indian and multinational drug companies operate here because of cheap labour and lax implementation of environmental laws. The communities affected by pollution have already tried national legal avenues and won several landmark court cases, but this has not led to an improvement in the situation on the ground. This is why the EU cannot turn a blind eye to this problem,” said Shweta Narayan of Community Environmental Monitoring, a program that provides support to pollution impacted communities in India.

The letter was issued by activists, after a story broken by The Guardian on July 1, which stated that the EU had scrapped plans for a clampdown on pharmaceutical pollution.

The Guardian reported that the plans, if approved, would have meant that EU inspectors could visit factories in Asia or Africa and pass sanctions if they found evidence of pharmaceutical pollution.

This would also mean that pharma companies which had set up their industries in and around Hyderabad would need to meet a higher environmental standard, in line with the norms set by the EU.