8 March 2012, METTUR — Gonur West Agriculturists Development Union reported that Malco has been dumping ash from its thermal power plant in the open on top of the Red Mud dump within its factory. The dark ash resembled bottom ash, and is feared to have elevated levels of heavy metals and other toxic contaminants. A complaint has been registered in this regard. 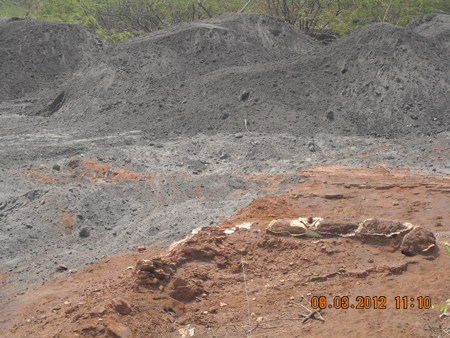