Cuddalore, 12 July 2007: SPIC Pharmaceuticals released large quantities of effluents into an open drainage canal in Eachangadu village from the night of 10 July to the evening of 11 July 2007. According to local residents, the effluent was blackish yellow in colour, had a rotten cabbage and human excreta odour. SIPCOT Area Community Environmental Monitors ranked the odour at 9 (on a scale of 1 to 10). The local school remained closed today as many villagers complained of giddiness and discomfort. 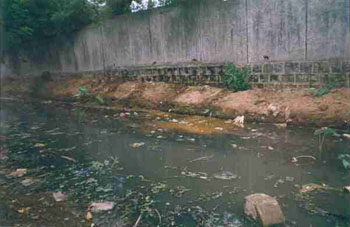 Residents said that the effluents were first released from behind the unit and was later diverted to the canal of the village. Outlets in the SPIC boundary wall facing the village channelised the effluents into the canal. One resident also reported death of four chicken and one goat after they consumed polluted water from the canal.

Acting on oral and written complaints, Tamilnadu Pollution Control Board officials directed the company to collect the effluents in a tanker and store it within its factory premises. However, effluents continued to flow in the open canal for at least a day after TNPCB’s instructions. 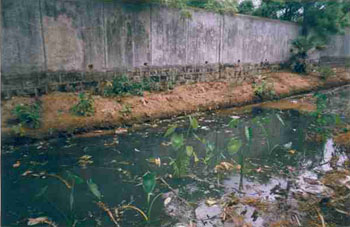 “The TNPCB is a paper tiger. Nobody pays any attention to it. SPIC is far more powerful, politically, than any TNPCB official,” SACEM said. Only recently, TNPCB gave up efforts to discipline the company for illegally storing toxic wastes behind its factory, after the High Court issued an injunction on the Board’s order for closure.

SIPCOT monitors have identified SPIC as a repeat violator.