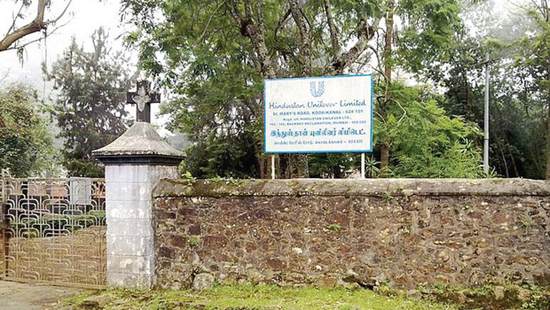 CHENNAI: Ex-workers affected due to mercury pollution by the Hindustan Unilever’s now-defunct thermometer factory in Kodaikanal, on Monday staged a protest at the company’s headquarters in Andheri, Mumbai, when the Annual General Meeting with shareholders was held.

Supported by 30 volunteers from Mumbai, 11 families from Kodaikanal took part in the protest, holding placards and photographs of deceased workers and children.

They appealed to the shareholders to make the company address its liabilities. The workers also gave pamphlets to shareholders detailing Unilever’s actions that polluted a scrapyard in Kodaikanal where the company dumped toxic mercury wastes. The resultant death toll stands at 45 workers of the now-defunct Unilever factory besides 12 of their children.

Speaking to Express, Shweta Narayan, co-ordinator for Community Environmental Monitoring, said Unilever forced the pamphlets out of the shareholders’ hands before letting them in. One of the shareholders did raise a question in the meet because Unilever was harping on about their sustainability stance. We were told that Unilever executives assured to sort the issue out by arranging talks with their factory workers, she said.

“On mercury pollution, Unilever told shareholders that they are waiting for a Pollution Control Board (PCB) report on the level of mercury toxic wastes,” she added. Activist Nityanand Jayaraman lambasted Unilever’s stance on mercury wastes.

“They are merely putting the ball in the court of PCB so that they can wash their hands clean,” he said.

Among the 11 people from Kodaikanal who went to Mumbai were two women who worked as cleaners inside the factory. Malarkodi ( 46), has serious brain and gynaecological problems. She suffers from hearing impairment and also has nervous tremors. Nirmala, also 46, has a 21-year-old son afflicted by heart problems. Both women were involved in mopping up mercury spills from the factory floor.

A statement from the protestors said a new study had found high levels of toxic mercury in vegetation and sediment collected from the vicinity of Unilever’s factory.

The statement asserted that it was proof of the contaminated factory site continuing to pollute the air and leaking poisons into its surroundings, including the ecologically sensitive Pambar Shola forest area and the Pambar River.