29 March, 2012, Mettur Dead fish were spotted in the confluence of the Greenpark odai with the River Kaveri’s surplus course just below the now disused effluent discharge pipes of Chemplast Sanmar’s chemical plants on 27 March, 2012. Gonur West Agriculturists Development Union member Ganesan who detected stagnant foam with a chemical odour at the site during a routine monitoring visit said the discharge appeared to have been carried in by the stream as Chemplast’s disused pipes did not bear any signs of recent discharge. Upon enquiry with residents of Green Park, this suspicion was confirmed as residents said they noticed a strong chemical odour emanating from the stream on the night of 26 March, 2012. 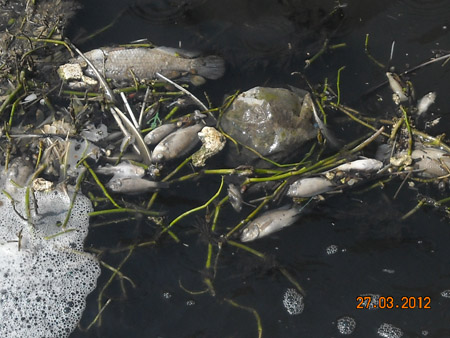 A water sample was taken from the odai at 3.00 P.M. and sent to a Chennai lab in a refrigerated container. 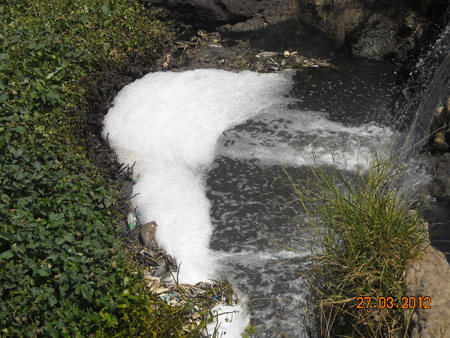 A similar discharge had been noticed on July 28, 2011, and Green Park residents and the Mettur Padhukappu Iyakkam (Mettur Protection Organisation) had complained to the Tamilnadu Pollution Control Board. A similar complaint has been filed with the TNPCB on this occasion too.