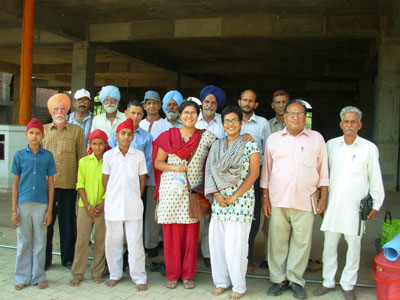 Baddi (HP) 23 May 2010: The unprecedented air and water pollution in the Baddi-Barotiwala-Nalgarh Industrial area has been in the news since the last few years. Recently, the industrial hub, dominated by chemical and pharma companies, has today been identified as a pollution hot spot even by the Ministry of Enviornment and Central Pollution Control Board. However, there is little awareness within and outside the state of Himachal about the actual extent of industrial pollution in this area and the appalling impacts on the local environment. While the Sarsa river, a tributary of the Sutlej is choked with effluuents, dust and bad odour due to chemical leaks has become a nuisance across the industrial area.

Him Parivesh, a local environment Action group based in Nalagarh, has now decided to take a lead on this with the help of an environmental activist from Tamil Nadu. Shweta Narayan. Narayan who has been running a campaign against pollution in industrial areas in Tamil Nadu under the banner of Community Enviromental Monitoring Campaign has evolved several simple methods by which communities affected by pollution can monitor and document the air, dust and water pollution levels in their areas. “People living next to polluted facilities are much more aware about pollution and do not need any educational degrees to identify when pollution levels are excessive. Documenting their common sense experiences in a scientific manner can provide the best evidence of pollution which cannot be refuted by Pollution Control Board and other agencies” says Narayan. 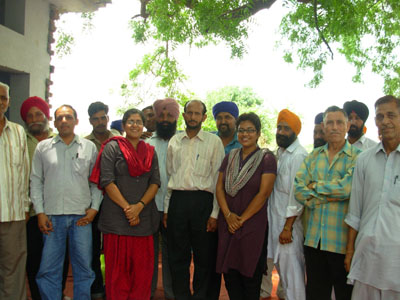 Adds Narayan who has closely worked with the Bhopal Gas Leak affected people, “BBN Industrial area is another Bhopal in the making as the toxic units here are ill planned and there is no environmental infrstructure in place and most importantly the communities have no information about the hazards of the industries and their complaints have always been disregarded. 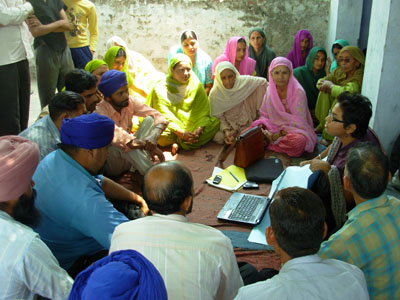 The three day programme held from the 21st to the 23rd of May included a tour of the indutrial area to identify the areas most affected by pollution, followed by two days of community training in Kaduana, Baddi and Jhidiwala, Nalagarh with almost 50 participants including members of Him Parivesh. Balkrishna Sharma, founder member of Him Parivesh said “The objective of the training is not only to build community capacities and knowledge on pollution check and monitoring but also to build a body of local evidence to pressurise bodies like the Pollution Control Board into action”. “It is truly appalling that in such a scenario, where people’s health, livelihoods and environment are at stake, the state government is demanding extention of the industrial subsidy package instead of making Baddi-Barotiwala-Nalagarh free of polluting units” added Sharma. 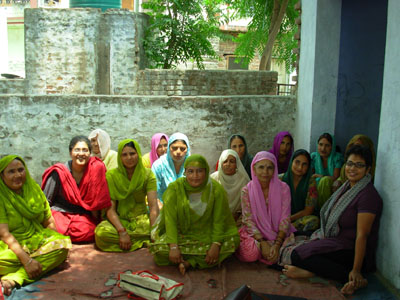