Skip to content
Posted in Media Stories, updates By sacemPosted on September 4, 2005November 21, 2020

Appeal For Contributions
Mettur Villagers to March 285 km to Save Cuddalore
September 3 to September 13, 2005 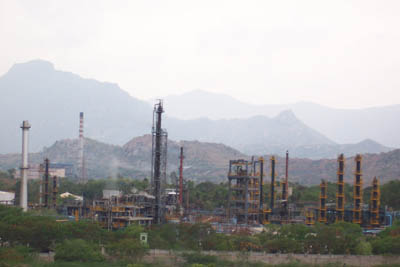 Mettur residents will march 300 km from Mettur to Cuddalore to rally residents en route in support of a call to prevent Mettur polluter Chemplast Sanmar from setting up a controversial and dangerous PVC factory in SIPCOT Industrial Estate, Cuddalore. Existing Chemplast factories in Mettur have laid waste more than 2000 acres of agricultural land, polluted groundwater with toxic chemicals, and contributed to widespread ill-health among its workers and communities. An air sample taken above Chemplasts foul-smelling effluent outfall into the Kaveri revealed high levels of cancer-causing chemicals, including Ethylene Di Chloride (a known carcinogen) at 32,000 times above safe levels.

In early 2005, the Tamilnadu Government secretly cleared Chemplasts proposal for a PVC factory in Cuddalore despite the fact that the plant had failed to get approval from two states in the last three years. In 2002, SIPCOT residents rejected the proposal at a Government-held public hearing. After Chemplast failed to get Tamilnadu Governments approval due to public opposition, it took the proposal to the neighboring state of Andhra Pradesh. Villagers from Krishanapatnam, the project site, visited Mettur to assess the companys environmental and social performance. Upon their return, all political parties, panchayats and villagers unanimously rejected Chemplasts proposal once again.

Tamilnadu Governments clearance is highly irregular, especially given that they have chosen to clear a twice-rejected project based on 1999 submissions and without public consultation. The PVC factory sounds the death knell for the Cuddalore villages who are already reeling under the effects of pollution caused by the existing industries.

You can help
The walk is being organised by farmers and community groups from Mettur and Cuddalore, with the support of individuals and public interest groups. The total walk 50 people will start on 3 September and end on 13 September, and should cost Rs. 60,000.