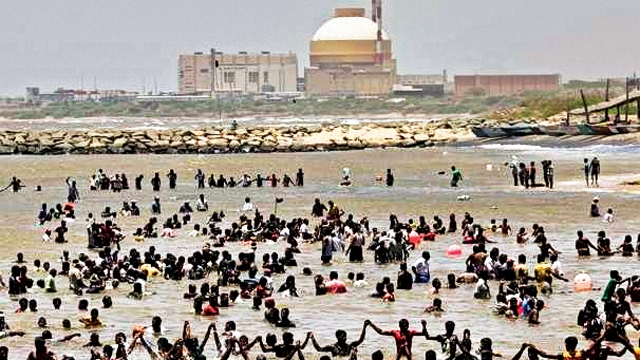 Chennai: The Tamil Nadu government has notified about 23,000 hectares of land spread across 45 villages in Cuddalore and Nagapattinam districts as Petroleum, Chemicals and Petrochemicals Investment Region (PCPIR). The decision adds fuel to the ongoing protest against the hydrocarbon project in the Cauvery delta districts.

The timing of the announcement for the delineation of the land for the PCPIR project in Cuddalore and Nagapattinam districts surprised the activists and political parties. With the successive crop failure, the farmers facing severe economic crisis are opposed to the setting up of hydrocarbon or oil exploration projects in the fertile Cauvery basin. They fear the projects would contaminate groundwater and affect their livelihood.

According to the notification issued by the State Housing and Urban Development Ministry, 25 villages in Cuddalore district and 20 villages in Nagapattinam district were being notified as PCPIR. Most of the villages are located near the Kollidam river along the Bay of Bengal coast. The Centre had proposed to set up PCPIR in four states  Gujarat, Andhra Pradesh, Odisha and Tamil Nadu.

Pattali Makkal Katchi founder Dr S Ramadoss said, “Though the government had clarified that no oil or gas exploration will take place in the project area, the oil refinery will cause environmental damages to the ecologically sensitive area.The project will take away a large extent of the agricultural land and will render lakhs of farmers jobless,”

Pointing out that West Bengal and Kerala governments had withdrawn from the PCPIR projects, he demanded the state government cancel the notification immediately. “If not, we will launch a series of protest in Cuddalore and Nagapattinam districts,” he said.

PCPIR is a specifically delineated investment region for the establishment of manufacturing facilities for producing petroleum, chemicals and petrochemicals along with associated services and infrastructure meant for domestic consumption and export. PCPIR would have a refinery or a petrochemical feedstock company as an anchor tenant. The Centre would allocate Rs 1,146 crores for improving infrastructure such as road and rail connectivity in the region.

The PCPIR in Cuddalore and Nagapattinam district was proposed way back in 2012 when DMK’s MK Alagiri was union minister of Chemicals and Fertilisers in the UPA government. The project was expected to attract a total investment of Rs 92,160 crore and provide job opportunities to 7.5 lakh people. However, the project was put on the backburner as the AIADMK government did not show any interest considering the large extent of land required for the project.

Cuddalore based activist M. Nizamudeen said that the two district are already battling a high level of pollution caused by the chemical industries in Cuddalore and coal based thermal power plants in Nagapattinam. “The government is keen to set up highly polluting industries in the fertile agricultural dependent districts. This will in long term affect the paddy cultivation and food security in the very future. The government should stop setting up polluting industries,” he demanded.

Tamil Nadu has been seeing protests against hydrocarbon and oil exploration projects in the state.