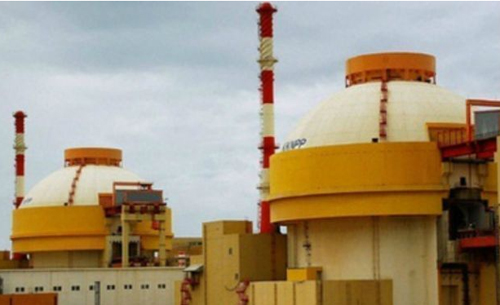 Even as Tamil Nadu contends with rising electricity rates, the Cheyyur UMPP will place an upward pressure on electricity tariffs in the state, says a research report prepared by US-based IEEFA

The 4,000MW ultra mega power project (UMPP) worth Rs24,200 crore at Cheyyur in Tamil Nadu is financially not viable and would only make electricity unaffordable in the state, says a report.

The report prepared by US-based Institute of Energy Economics and Financial Analysis (IEEFA) for Chennai-based Indian Institute of Public Policy (IIPP), says, “…the tariff for consumers would be Rs4.9 per kWh (unit) in 2021, its first year of operation, and an average tariff of Rs5.95 per unit over its 40 year life. Every year of delay will push up costs further. These rates are up to five times higher than tariff costs at other UMPPs and coal-fired power plants.” 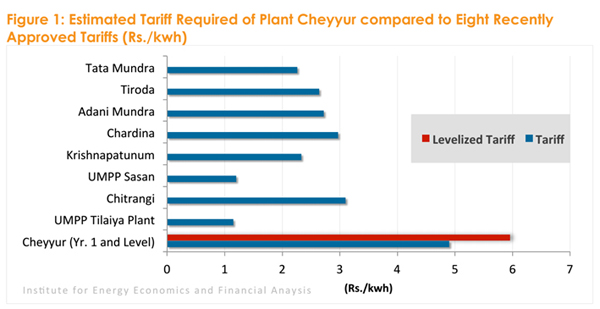 In January 2015, the Ministry of Power terminated the bid process for the proposed 4,000MW UMPP at Cheyyur after seven private bidders pulled out of competition for the power plant terming the proposition unworkable. While the Indian Government has promised to revise the bidding guidelines to make the project more favourable to investors, any such move will only increase the burden on State Electricity Boards, consumers and or taxpayers, the report says.

According to the report, additional reworking of the bid documents may make the project more attractive for investors, but will make it even more financially fraught for consumers and cash strapped utilities. It says, “Any new program design must either pass along greater costs to the residential, industrial and agricultural users or necessitate greater governmental costs (subsidies).”

The cost of the (Cheyyur) plant would place upward pressure on electricity prices in Tamil Nadu, a community already contending with an ailing utility and the problem of rising electricity costs. “current and planned grid and transmission improvements, competitive wind and solar prices, an existing pipeline of projects for Tamil Nadu and greater resource planning have decreased the need for Plant Cheyyur,” the report says.

Equatorials, an Ahmedabad-based financial advisory firm contributed to the report by analysing financial information available in the public domain.

“Ongoing and planned grid and transmission improvements, competitive wind and solar prices, the existing pipeline of power projects in Tamil Nadu and greater resource planning have diminished the need for construction of Plant Cheyyur,” the report concluded.