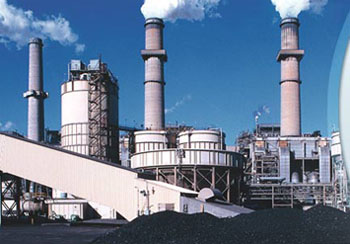 There could be severe ramifications due to power generation from coal, considering the sheer scale of the capacity addition; the geographic concentration of the proposed plants; their predominantly private sector ownership and the severe environmental consequences along with implications for resources like coal and water

Apart from the sheer scale of the capacity addition, the geographic concentration of the proposed plants, their predominantly private sector ownership, the severe environmental consequences and the implications for resources like coal and water are important issues highlighted in a Prayas Energy Group report (authored by Shripad Dharmadhikary and Shantanu Dixit) on the planned thermal power plants.

A course correction is required from both the power planning perspective and from the social and environmental perspective, to restore balance and basic good governance processes in the development of thermal power in the country.

As of May 2011, the capacity addition will be predominantly in coal-basedthermal generation (84%) followed by gas (15%). The geographic concentration in capacity addition will be more than 50% in 30 districts, of which 11 districts will have more than 15,000MW each. The districts with the highest proposed capacity addition include Janjgir Champa (30,500MW) and Raigarh (24,500MW) in Chattisgarh, and Nellore (22,500MW) in Andhra Pradesh. Almost 73% (5,14,000MW) of the in-pipeline capacity will be in the private sector. Ten corporate groups are proposing a production capacity of 1,60,000MW. Many thermal power plants are coming up in critically polluted areas, which include Angul (Orissa), Bharuch (Gujarat), Singarauli (Madhya Pradesh), Cuddalore (Tamil Nadu), Jharsuguda (Orissa), Chandrapur (Maharashtra), Korba (Chattisgarh) and Visakhapatnam (Andhra Pradesh).

The environmental problems include: sulphur dioxide removal mandated only in 8 plants of 5,448 MW; ash disposal in ponds or dumps continues to create serious pollution and health problems for local communities; and other pollutants (like mercury) are likely to be a concern, especially in areas with high concentration of thermal power plants. The MoEF (Ministry of Environment and Forests) now requires 100% utilisation of coal ash within four years of plant commissioning, but the capacity to do so remains doubtful and the monitoring weak.

The resource issues include:

(a) Fresh waterover 70% of environment clearance granted to thermalpower plants are located inland and there is a need to watch for potential conflicts and over-allocation of water. Some basins of concern are Wainganga, Wardha, Irai, Mahanadi and Brahmani. It is estimated that the consumptive water needs of just the plants with Environmental Clearance Granted will be close to4.6 billion cubic meters per year.

(b) Coal requirement of plants in-pipeline (based on domestic coal) will be about 2 billion tonnes per annum. While India is said to have abundant coal, the country has not been able to achieve the required production from these reserves, and a steep rise in imports is forecast for the end of the 12th Plan.

(c) Land will be a major issue.

Thus, valuable and scarce natural resources of land, water, gas and coal will be allocated to projects that are not required.

With the de-licensing of thermal power generation, it is now assumed that the market will weed out excess and inefficient capacity. However, key inputs like coal, gas, land and water are all allotted on the basis of non-market criteria, mostly with huge concessions and subsidies. These inputs involve critical common property resources and have significant externalities. A market based weeding-out process will be littered with many incomplete projects which would have displaced people, impacted the environment and locked up huge amounts of financial resources, creating stranded assets of plant and transmission facilities. The costs of such weeding will be borne by a significant extent by the common people, the country and the environment. Thus, it would be a mistake to let the market play the arbitrator.

It is therefore, recommended by Shripad Dharmadhikary and Shantanu Dixit that there should be an immediate moratorium on any further environmental clearance to new power plants. Further, from the 2,00,000MW that has already been given environmental clearance, projects with very high social and environmental impacts, projects that do not have broad local acceptance, and projects leading to sub-optimal use of transmission, fuel, land and water should be put on hold.

There is a need for a complete revamp of the environmental clearance procedures of power plants, so as to minimise social and environmental impacts of power projects. Also, it is required that the government reassesses the long term demand for power and initiates measures to meet this demand in an optimal manner, including energy efficiency as well as renewable energy, so as to improve energy security.

Thermal power generation: Clearance has been given for 2,00,000MW of additional power, but has the government considered the environmental consequences?