Posted in Media Stories By sacemPosted on March 16, 2022

They don’t show any data and have not been working for the past one year, says environmentalist

Two Continuous Ambient Air Quality Monitoring Stations (CAAQMS) set up in Cuddalore to record particulate matter, gaseous pollutants and analyse air quality in the region have been remaining dysfunctional for over a year. The real-time display monitors were set up in 2013 as per Central Pollution Control Board (CPCB) guidelines.

While one display monitor was installed at the office of the District Environmental Engineer of the Tamil Nadu Pollution Control Board in Cuddalore SIPCOT, the second one was set up in Semmandalam, a residential zone in Cuddalore to monitor and manage air pollution, including particulate matter such as PM 2.5, PM 10 and gaseous pollutants such as carbon monoxide and carbon dioxide, and take up mitigation measures.

“The two monitors installed at a cost of more than ₹1 crore each don’t show any data and have not been working for the past one year. Their continued non-functioning in a critically polluted industrial cluster such as Cuddalore has defeated the very purpose for which they were set up several years ago,” says an environmentalist. 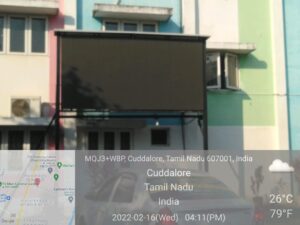 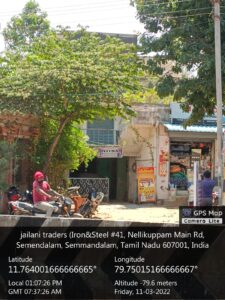 T. Arulselvam, coordinator of SIPCOT Area Community Environmental Monitors (SACEM), an environmental watchdog, suspected that the functioning of the monitors had been deliberately silenced because of apprehension that it would expose the real extent of pollution in Cuddalore. In fact, several parameters had recorded high levels of pollution than the standard levels when the units were functioning, he claimed.

“The units provide instantaneous data and real-time insights to the public, which are considered for Graded Response Action Plan (GRAP) implementation. In critically polluted industrial clusters like Cuddalore, it is important to understand the problem and how big it is. Without proper data, the problem will be ignored,” Mr. Arulselvam added.

According to S. Ramanathan, former member of the Local Area Environment Committee, “As per the thumb rule of the CPCB, the display monitors should be representative and cater to different monitoring objectives. The stations should be connected to the CPCB server and the data on 12 notified parameters should be displayed in real-time basis on public domain.”

He added, “The stations are meant to alert the public about air pollution and also provide information to regulatory bodies to take preventive and corrective measures during industrial episodes. However, people living in habitations near SIPCOT who have been exposed to pollution don’t have access to any information. The maintenance of the monitors should be immediately taken up to ensure a daily alert system.”

When contacted, a senior official of TNPCB said the two display units were not working due to technical issues.

“This is the case in several other districts. The units are under the maintenance of a private firm and they have to take up repair. We have raised the issue with the company. After sorting out the technical issues, we will start getting the missing data,” he said.

The Hindu
Fair Use Statement