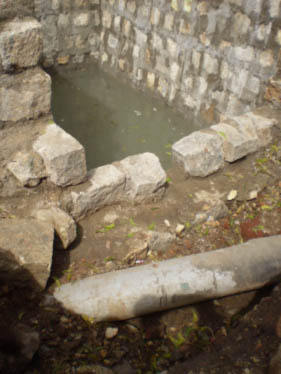 In a similar incident about two months back, an unknown pipeline was accidentally broken in Muthumani’s house near the railway station, while they were constructing a septic tank in their backyard. They suspected that the pipeline was from Chemplast as the content was a dark colored liquid with a strong chemical odour. Chemplast Sanmar’s officials initially refused that the pipeline was from their industry, but after they dug out old maps which confirmed a pipeline from one of their plants through the Railway Station, they sent workers and fixed the pipeline. According to Barathi, son of Muthumani, “This must be their pipeline that carries effluents to be discharged at the River Kaveri.”

It is also suspected that the pipeline detected in Muthumani’s house and at the railway station is the same.