13 August, 2012, Mettur: The Gonur Panchayat and the Nangavalli Panchayat Union have denounced Chemplast and Malco for their pollution in Mettur, and charged them with rendering the water unfit for agriculture or drinking. Government borewells set up at great public expense yield polluted water, and represent a grievous waste of money, the Nangavalli resolution said. The Gonur village resolution said that Chemplast must provide water for drinking and other purposes to the residents of the village, and face public action if it fails to do so.

Referring to a coal-fired thermal power plant and a coal yard set up by Chemplast without any permission, the Nangavalli resolution charged the TNPCB with failure to act on complaints. It said that Chemplast is currently engaged in expanding its polymer plant and setting up a drier plant within the Plant II premises. Informed sources, however, have revealed that all expansion activities underway in Plant II of Chemplast have ceased for a week now.

(Click on the images below to get the full size image of resolution.) 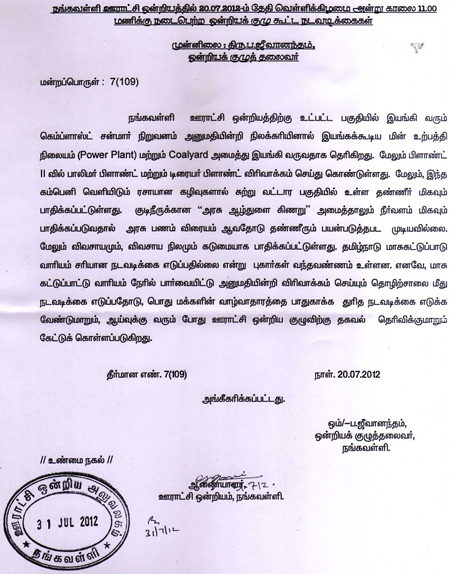 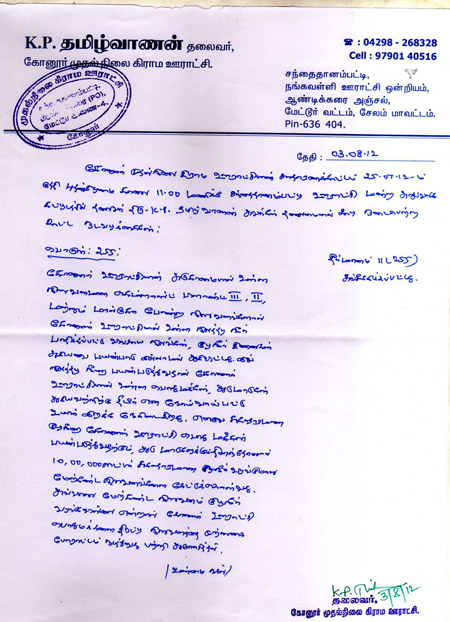