Cuddalore, 27 December 2008: SPIC Pharmaceuticals have been caught discharging effluent illegally into the Eachangadu canal. According to the residents of the village, the discharge of black coloured effluent started on the evening of 25 December and has been continuing since then. Locals also reported an oily layer on the effluent and a very strong public toilet odour ranked above 5 on a sacale of 1 to 10. Resident also informed that they have already registered a complain with the Tamil Nadu Pollution Control Board about the discharge but have so far not seen any official visit the place or any action to stop the discharge from the unit. Locals fear that the delay in action could lead to death of cattle that might stray and drink the water.

SACEM monitors visited the site to take photographs today morning to file another complaint with the District Collector of Cuddalore. 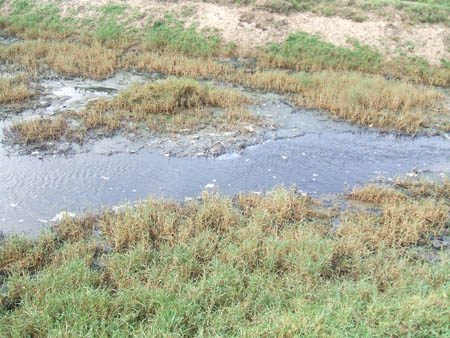 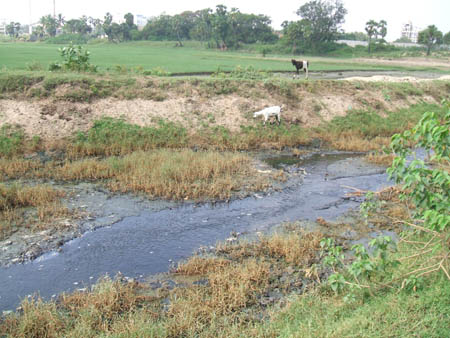 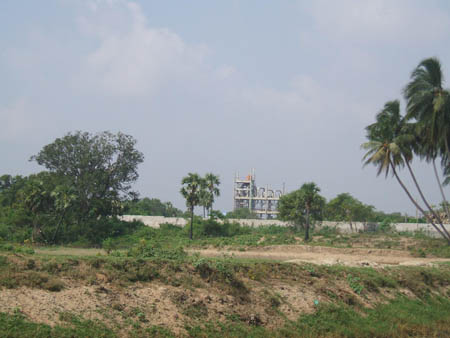 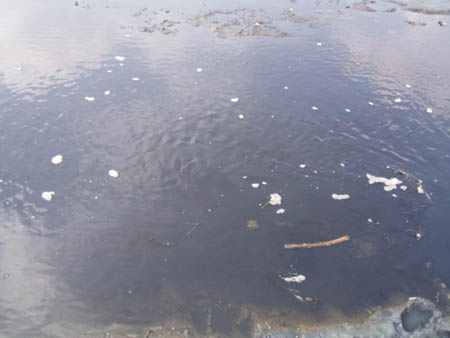 SPIC Discharges Effluent into the Eachangadu Canal; No Action by TNPCB