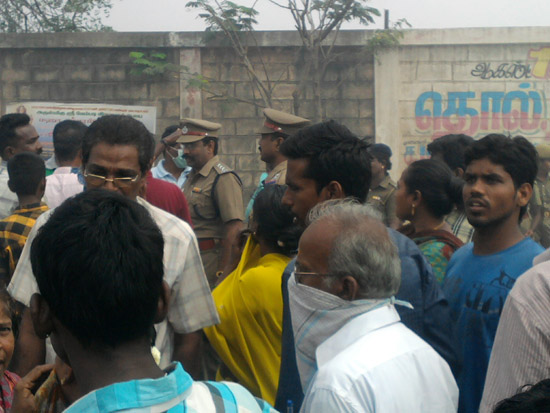 Chennai, 10 February 2013: More than 200 residents of Kodungaiyur blocked the traffic on the Tondiarpettai Highway for several hours today protesting the intense smoke emanating from chennai corporations waste dump. The traffic movement on the highway was hit and lead to a jam of several kilometres. The protesters dispersed only after the arrival of the Asst. Commissioner of Police who assured them a meeting with the corporation officials later in the day. However, no corporation officials agreed to come to the spot to assess the situation.

The Chennai corporation has been operating the illegal dump site for 2 decades and dumping mixed waste there which is the main cause behind regular fires in the dump. According to the US Fire Administratin, using water to quench the such fires leads to more fire and smoke as it feeds the organic waste and hence leads to further methane build up. Methane is a highly inflammable gas which is produced by rotting organic waste. But the Corporation is doing exactly that, in fact it has also announced its plans to build a concrete road inside the dump at the cost of 5 crores to help fire engines get better access to the burning waste piles.

While most municipalities across the country are striving to introduce several good practices like composting, biogas and decentralised waste management, Corporation of Chennai has failed to come up with any long term solutions apart from a few hare brained schemes that only drain more public money without resolving the issue. The only solution is to keep the organic waste out of the waste dump by diverting it to composting and biogas facilities. not a single such facility exists in the city. 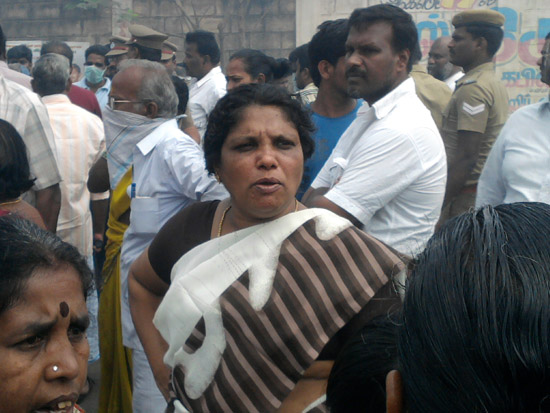 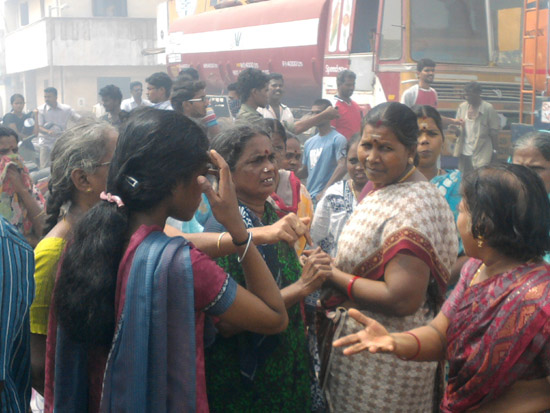 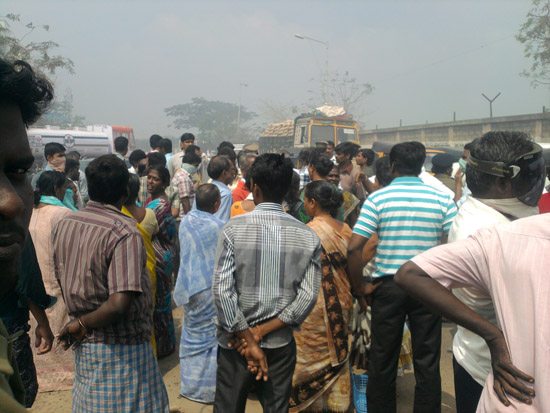