“The situation is like in Bhopal, where vast areas of land and groundwater are seriously contaminated.  There is no doubt that Sterlite has harmed the environment and the rights of future generations. We want the Supreme Court to take into account the damage has already occurred and direct the company to shut down and clean up,” said Nainar Kulasekaran, an 80-year old farmer who leads the Thoothukudi Anti-Sterlite Struggle Committee. December 3 is the 26th Anniversary of the Bhopal gas tragedy. 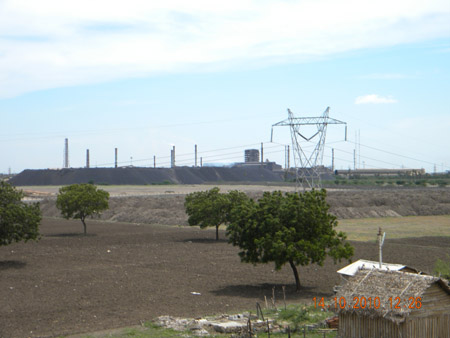 Soil, sediment and slag samples collected by CEM at the behest of the Struggle Committee revealed exceedingly high levels of heavy metals, including iron, arsenic, cadmium and nickel. The samples were tested at Chennai-based Sargam Labs, which is recognised by the Ministry of Environment & Forests.

A soil sample collected from the backyard of a residence in Therku Veerapandiapuram village contained 3,35,602 mg/kg of iron. At such levels, accidental ingestion of just 3.5 grams can cause
serious poisoning in a child, according to Dr. Chernaik’s analysis. Consuming larger quantities can be lethal. Symptoms of iron poisoning range from abdominal pain, vomiting, diarrhea and damage to the intestine. Other effects include heart, liver and central nervous system damage. The owner of the residence said the soil in the backyard was brought from near the Sterlite factory to raise the level of the land.

Arsenic levels at the same location were 532 mg/kg  ten times higher than permissible value for residential soil in the UK, and more than 50 times the mean background levels for arsenic. Inorganic arsenic is carcinogenic in humans, most commonly producing skin, bladder and lung cancers through inhalation and ingestion.

Cadmium, which causes lung cancer and is toxic to kidney and bones, was ten times above average background levels in the backyard soil sample, while Nickel which causes skin allergies and bronchitis was also found at elevated levels. 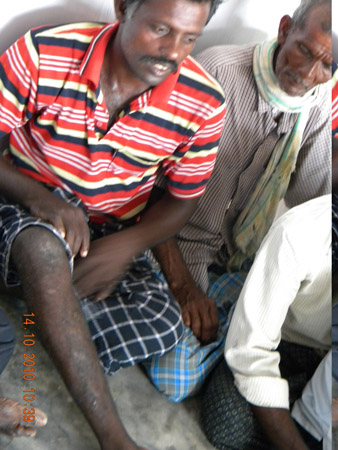 A sediment sample collected from the Kalangarai stream that drains the run-off from Sterlite’s gypsum dump contained 28,643 mg/kg of iron  477 times above levels that can cause serious  health effects. Arsenic levels were nearly 8 times higher than the Environmental Screening Criteria by the New Jersey Department of Environment. Cadmium at 26.5 times above, and chromium, copper, lead, nickel and zinc too were elevated above NJDEP’s screening levels. Responding to reports that goats from Milavittan village regularly fall sick or die after grazing near the stream, Dr. Chernaik reports that “It would only take a goat to ingest 73 grams of this sediment to develop serious clinical symptoms of iron poisoning.” Villagers in Milavittan say cattle rearing has drastically come down because cattle fall sick frequently and die prematurely due to pollution from Sterlite. 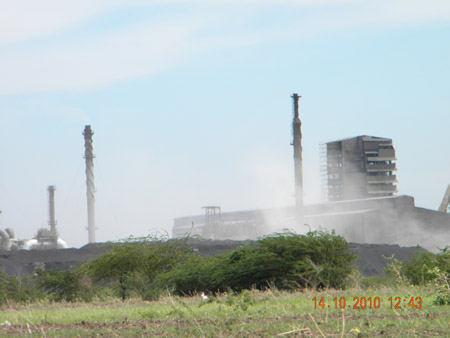 Agriculture too has suffered. A water sample from an open well collected from a farm near Sterlite’s slag dump was found to be “completely unsuitable for use in irrigation” because of the high levels of salinity. According to the Food and Agriculture Organisation, salinity levels above 2000 mg/litre can cause severe damage to crops. The water in the open well had a salinity level of 7854 mg/litre nearly four times the level at which severe crop damage can occur.

Another sample of water from a handpump in Therku Veerapandiapuram contained sulphate levels nearly 10 times above levels that can cause gastrointestinal effects.

The well water and the handpump sample contained high levels of calcium  an integral component of gypsum, also known as Calcium Sulphate dihydrate. Given that Sterlite generates and dumps large quantities of gypsum in the vicinity, Dr. Chernaik concludes that Sterlite is the most likely cause of contamination of the groundwater. 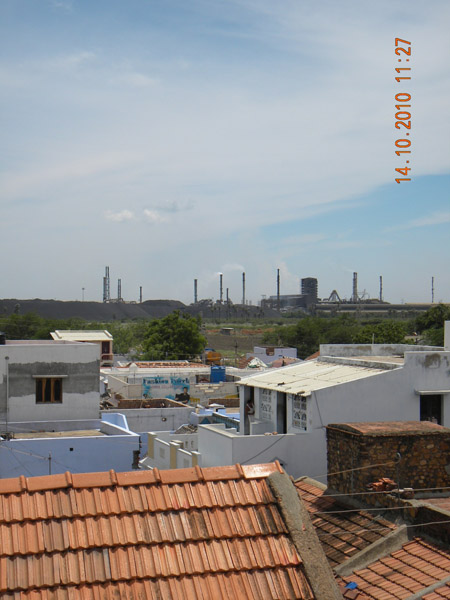 In September, the Madras High Court allowed two writ petitions and directed the closure of Sterlite’ copper smelter for violating environmental laws. Sterlite has managed to get relief from the Supreme Court, where the matter is pending and will be posted for hearing on December 13, 2010.

Issued by Community Environmental Monitoring, a program of The Other Media