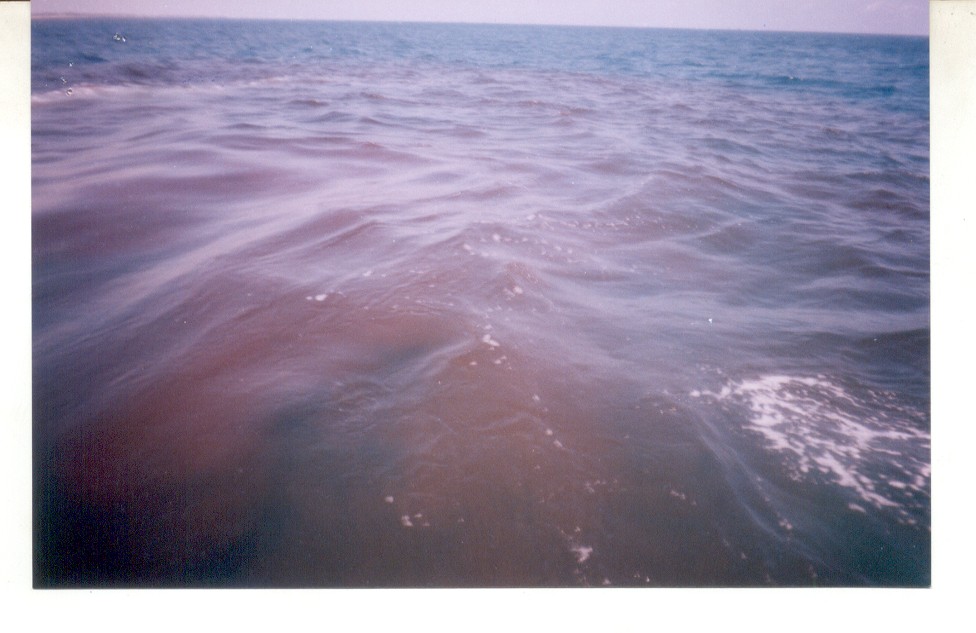 March. During the patrol, they inspected the area off the coast of Chitrapettai village where Chemplast Sanmar’s unloading jetty for VCM tankers is to be set up. Today, SACEM also inspected the point where SIPCOT’s combined untreated effluents are discharged into the sea by CUSECS. CUSECS, is a company set up to receiving and pump effluents into sea.

S. Ramanathan, the SACEM monitor who conducted the patrol, has reported that the sea near SIPCOT’s effluent outfall was purple in colour in stark contrast to the blue sea nearby. “The effluent is dark red. The red of the effluent and the blue of the sea makes it appear as if the sea is bleeding,” says Ramanathan. The pollution plume spreads to at least 0.5 km on either side of the outfall, he said.

According to Ramanathan, the effluent was flowing out of the pipes with great force. “The sea at the point of discharge was bubbling violently. The smell was intense, like the CUSECS 6 smell – a rotten smell,” he said. The smell was rated at 8 – very high intensity.

Fishermen, particularly the Chitrapettai fishermen, have also expressed their opposition to the factory. They have said that the VCM jetty will pose a serious hazard of explosion and spills, and the effluent pipeline and
pipelines for desalination plant will hinder fishing and pollute the seas.