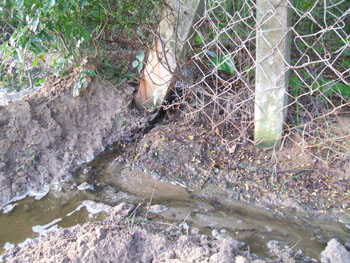 Cuddalore, 29 January 2008: Residents of Semmankuppam village yesterday caught Pioneer Miyagi discharging effluents into the river Uppanar once again. According to the information the Semmankuppam president Mr. Ramalingam, vice president Mr. Armugham and about ten other villagers noticed effluent seeping from the northern wall of Pioneer compound on 27 January around midnight. The villagers revisited the spot on the morning on 28 January at around 6.30 am the found that the quantity of the effluent had significantly increased. The effluent channel had also reached river Uppanar. In order to prevent any further contamination of the river, the villagers dug the channel and stopped the effluent. According to the residents the pool of effluent near Uppanar had dead fish in it, the effluent itself was blackish brown in colour and had a rotten dead body odour to it. It also caused itching when in contact with skin. 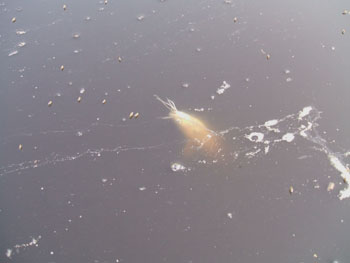 The residents immediately called the Tamil Nadu Pollution Control Board to report the leakage. At about 9 am the Assistant Environment Engineer of TNPCB arrived at the spot and after speaking to the residents took 3 cans of sample of the effluent around 10 am. The District Environment Engineer of TNPCB also visited the site at about 11 am and assured the agitated villagers that he would look into the matter and take action. He immediately ordered the unit to clear up the source of discharge. According to the residents Pioneer Miyagi employed contract workers to clean up the effluent point inside the unit but did not clear up the pool outside. 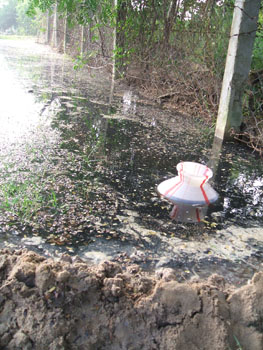 This is not the first time Pioneer has been caught discharging the effluents into Uppanar in an illegal manner. Pioneer is a repeat offender. What is surprising is the level of inaction of the officials of TNPCB who despite their repeated assurances have never been able to ensure that such incidents are not repeated. TNPCB has consistently refused to take strict action on the violators or share any evidence any reports with the public. Like many other sample results, yesterday’s sample is likely to be buried in the TNPCB office. TNPCB is conveniently using its role and authority in pacifying the villagers rather than monitoring irregularities. 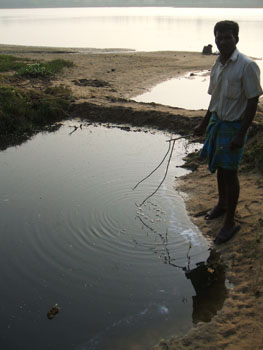